He completed his undergraduate studies from Penn State-Behrend, Erie, PA and Spartanburg Methodist College, Spartanburg, SC. While at Penn State in 1990, he was inducted into Alpha Sigma Academic Honor Society.

Dr. Parmiter has served on the Board of Directors for the Virginia Chiropractic Association from 1997-1999, at which time his position was that of District Representative for Northwest Virginia. He served as co-chair for the Education Committee from 1998-1999, as well as chairperson of the New Practitioner Committee.

Dr. Parmiter also had the honor of being named “1998 Young Chiropractor of the Year” by the Virginia Chiropractic Association.

He also served on the Board of Directors for Guardian Care Alliance of Virginia, a state-wide Independent Physicians Association, where he was co-chair of the Credentialing Committee, as well as serving on the Mt. Trashmore Board of Management for the YMCA of South Hampton Roads.

Originally from Conneaut Lake, PA, Dr. Parmiter now resides in Virginia Beach, VA, along with his three children, Chase, Jake and Faith. When not seeing patients, Dr. Parmiter spends the majority of his time speaking and testing athletes within the community, as well as volunteering his time to local athletic events. 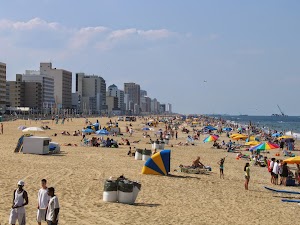 Karen H
5 out of 5 stars
2 months ago
Dr.Jay and staff are fantastic always welcoming and flexible. Feels like family there. I would recommend them any day.